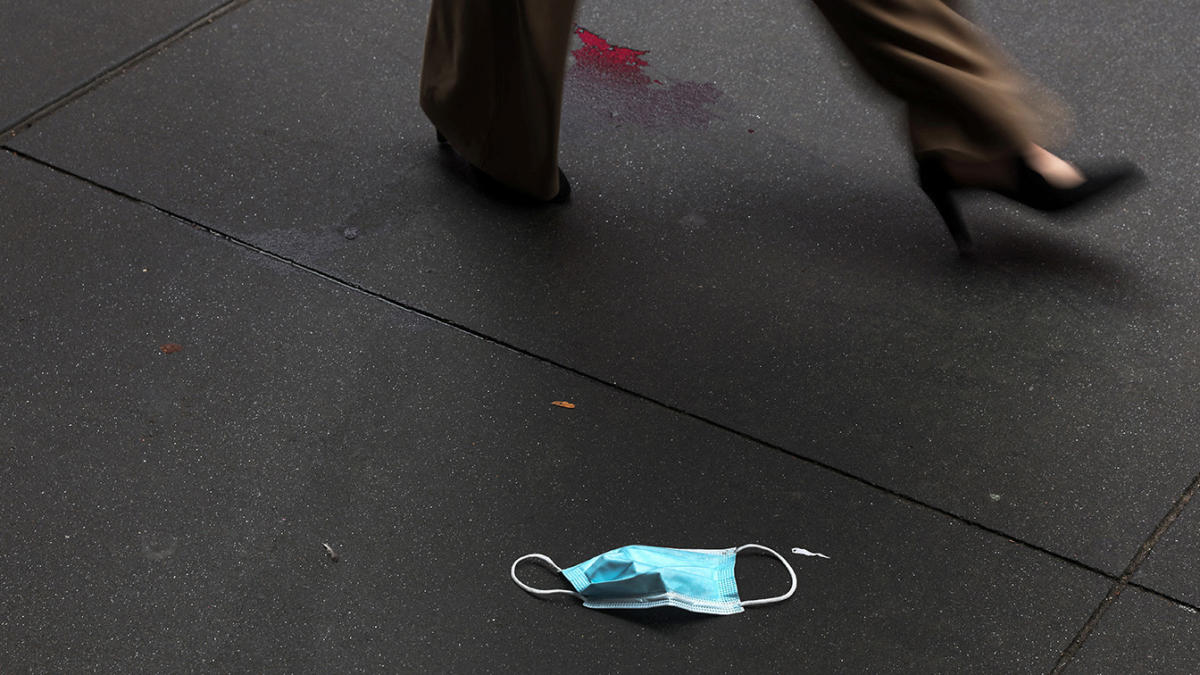 WASHINGTON—Coronavirus infection rates rose steadily through the first half of November across Los Angeles County, then began to climb sharply around the long Thanksgiving weekend.

As a result, on Dec. 1, the county’s public health director, Dr. Barbara Ferrer, made an announcement that some had been hoping for and others had been dreading: An indoor mask mandate could be coming back for the county’s 10 million residents.

“LA County will follow the CDC guidance for communities designated at the ‘high community level,’ including universal indoor masking,” Ferrer saidreferencing the Centers for Disease Control and Prevention, whose guidelines local and state officials tend to use when making decisions about masking.

In stating her case, Ferrer cited not only COVID-19 but also influenza and the respiratory syncytial virus, or RSV, which were creating a viral blizzard some call a “tripledemic.”

To be sure, plenty of people continue to mask. But like other public health officials across the country, Ferrer chose not to impose a mandate, leaving masking as a matter of personal choice.

The reluctance to impose new mandates has frustrated some public health experts, who believe that anti-mask rhetoric has made even many Democrats fearful of a measure that could stop the spread of the coronavirus, as well as of other diseases. And with hundreds of people still dying from COVID-19 each day, they argue, not making masks mandatory in crowded spaces only puts people at risk.

“The science of universal masking has not changed — COVID spreads through the air, and masks reduce spread,” Boston University public health expert Julia Raifman told Yahoo News. “Rational, data-driven approaches to mask policies when and where there are state or local surges could help mitigate the transmission of COVID and other respiratory diseases currently overwhelming pediatric hospitals.”

The nation is now recording 48,000 new coronavirus infections and 450 new COVID-19 deaths per day. Those numbers are far below what they were during the darkest days of the pandemic, before the advent of vaccines and therapeutics, but they suggest that the pandemic is not over.

Masking advocates say that with heavy travel expected in the next several weeks, and with people gathering for indoor get-togethers, masking makes as much sense now as it ever has, especially with hospital capacity strained in parts of the country.

So far, however, few municipalities or districts have been willing to pay it. Philadelphia will send masks in schools when students return from their winter break. School officials in Sacramento, Calif., considered bringing back masking earlier in December but have not done so thus far.

Oakland, Calif., has imposed a mask mandate in government buildings — but not in other indoor spaces. Private businesses, of course, are free to mandate masks, but many may be hesitant to do so without the force of a government edict backing up their decision.

In New York City, Mayor Eric Adams appeared at a pandemic-related press conference on Wednesday in a mask. He and the city’s health commissioner, Dr. Ashwin Vasan, have both asked New Yorkers to put their masks back on — but they have not mandated that they do so.

Restaurants in Manhattan were packed throughout the previous weekend, as were other entertainment venues. Subways were crowded. Bars were full. And while masks were not uncommon, they were hardly universal, especially if eating and drinking were involved.

Public weariness with the pandemic would likely make enforcement of a new mandate difficult, potentially forcing bus drivers, fast food workers and others into the unwelcome position of trying to get the unwilling to mask up again.

“The data on masking to reduce transmission is pretty abysmal,” says Dr. Lucy McBride, a Washington, DC, physician who writes a newsletter about medicine. “And even if the data showed that masks work perfectly all the time (which they don’t), we must consider the potential downsides of covering faces,” she told Yahoo News.

“I tell my patients who want to protect themselves to mask if they want to because one-way masking has been shown to protect the wearer,” McBride said.

Studies on masks are a matter of dispute (Raifman, the Boston University health expert, points to data showing that mask policies are effective). For one thing, it is notoriously difficult to reproduce real-life conditions in a laboratory. Some people wear masks incorrectly, without fully covering their noses and mouths. Others wear cloth masks that are ineffective. Even the ubiquitous surgical masks offer much less protection than the bowl-shaped N-95 respirators that — if properly fitted and consistently worn — offer the best kind of protection.

“Politics aside, mask mandates would help prevent Covid if people wore the right masks, correctly. If not, they won’t work,” Dr. Bob Wachter, chairman of medicine at the University of California, San Francisco, recently wrote on Twitter.

Proponents of masking point to the possibility of long COVID — a debilitating and little-understood condition — as well as to vaccination rates that have remained largely stagnant in recent months, with only modest uptake for the bivalent booster. Masking, they say, is the surest way to protect vulnerable people, including the immunocompromised and the elderly.

“Officials often like to blame the public for being too tired of masks, but the data tells us that this simply isn’t true. Even almost three years into the pandemic, polls consistently show a majority of people in the US support mask mandates, especially in communities of color,” Dr. Lucky Tranan outspoken advocate for a cautious approach to the pandemic, told Yahoo News in an email.

Parents in Boston recently petitioned educational officials there to reinstate a mandate. Simply making masking a choice, they argued, is not enough. “It has to be something like a mandate for people to follow it,” one of those parents said.

So far, however, neither they nor like-minded Americans elsewhere have had much success in persuading public officials. White House officials say they fully support masking as an important tool in the fight against COVID-19, but they maintain that vaccination is the superior weapon against the virus.

In a recent interview with NPRCDC Director Rochelle Walensky said communities with high levels of virus spread should “wear masks.”

But, she added, “we have certainly always said that masking is a personal choice.”

That is not quite true. Walensky and other Biden administration officials masked assiduously — and urged Americans to do so — throughout 2021. But by the beginning of 2022, even some Democratic governors were becoming exhausted with pandemic restrictions.

They wanted to see schools reopened, stadiums packed — and masks off.

In late February the CDC issued new guidelines that, in effect, made it much easier for officials to justify going mask-free. Then, just weeks later, a court ruling struck down mask mandates on airplanes and other forms of travel.

Since then, Biden administration officials have said little about masks. West Wing officials now wear them only sporadically, if at all. That includes President Biden, who has been traveling heavily in recent months and holding holiday receptions at the White House. At those receptions, too, masks have been a rarity.

Act the recent White House press briefing, Dr. Anthony Fauci, the president’s top pandemic adviser, was asked why the administration was not doing more to emphasize masking ahead of the holiday season.

“We have multiple interventions and multiple actions we can take to protect ourselves. So there’s a whole spectrum,” Fauci answered. “Masking is one of them.”