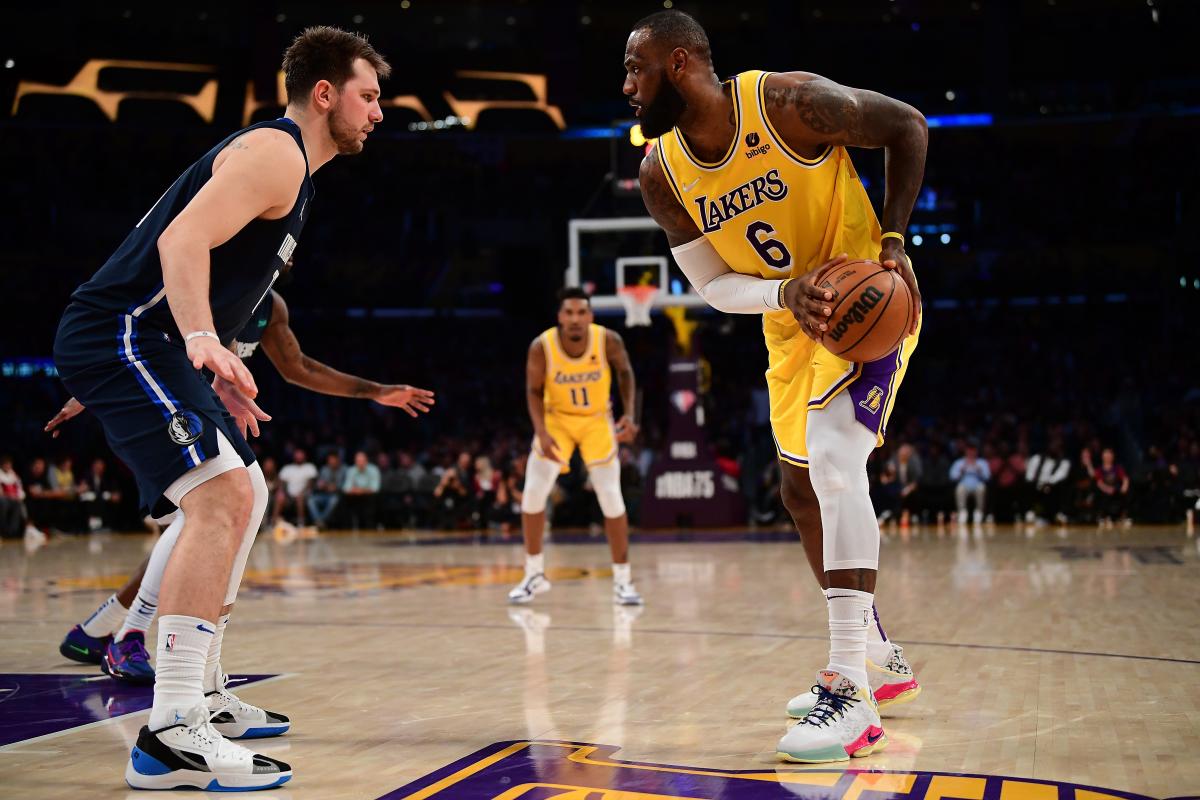 The NBA celebrates 75 years of Christmas Day games on Sunday.

First played on Christmas in 1947 with three games, Dec. 25 games have become a staple of the league’s schedule.

The Golden State Warriors are set to play their 15th consecutive Christmas game, and the Lakers their 24th. James will become the league’s all-time leader in Christmas games played with 17, breaking a tie with Lakers great Kobe Bryant.

Let’s take a look at the matchups:

When and where: Noon ET on ABC/ESPN, Madison Square Garden, New York

Why you should watch: Nostalgia is one reason. It’s the Knicks and Madison Square Garden, a Christmas tradition. The Knicks have played 54 Christmas games, more than any other team, and were part of the first Christmas Day schedule in 1947. Sixers center Joel Embiid is the other. Part of the early-season MVP conversations, Embiid averages 33 points, 9.8 rebounds and 4.6 assists and shoots 52.8% from the field. Plus, it’s two of the hottest teams in the East.

When and where: 2:30 pm ET on ABC/ESPN, American Airlines Center, Dallas

Why you should watch: LeBron James. Luka Doncic. That’s enough reason to tune in. Even though one team is below .500 and the other is teetering on the edge of .500, the All-Star talent and name recognition mitigate disappointing records. James, the NBA’s all-time leading scorer on Christmas with 422 points, is a holiday tradition and with 37,720 career points, he is getting closer each game to passing Kareem Abdul-Jabbar (38,387) as the league’s all-time leading scorer.

When and where: 5 pm ET on ABC/ESPN, TD Garden, Boston

Why you should watch: The two best teams in the East with two of the best players in the league and MVP candidates (Milwaukee’s Giannis Antetokounmpo and Boston’s Jayson Tatum). This has turned into a rivalry with Boston beating Milwaukee in last year’s conference semifinals, the Bucks beating the Celtics in the 2019 conference semifinals and the Bucks topping the Celtics last Christmas. Don’t be surprised if it’s Bucks-Celtics in this season’s conference finals.

When and where: 8 pm ET on ABC/ESPN, Chase Center, San Francisco

Why you should watch: The up-and-coming Grizzlies want what the Warriors have: the NBA championship. Even though the Grizzlies, who lost to the Warriors in last season’s playoffs, are ahead in the standings, beating Golden State in a marquee matchup is necessary to prove they are ready to contend. Is this the season Ja Morant and Memphis, playing on Christmas for the first time in franchise history, overtake the Warriors who are struggling and without star guard Steph Curry?

Why you should watch: Get ready for some offense between two of the best teams in the West. Denver is third in offensive rating led by two-time MVP Nikola Jokic, Jamal Murray and Michael Porter Jr. Phoenix is ​​No. 2 led by Devin Booker, Chris Paul and Deandre Ayton. With the Nuggets and Suns so close in the standings, it could be a preview of a playoff matchup. Don’t sleep on this one.

RELIVE LAST YEAR’S CHRISTMAS DAY GAMES IN THE GALLERY BELOW